If you find yourself in Albuquerque, NM there are a lot of fun things to check out.

hot air balloon over my mother in law’s house

2. Albuquerque Aquarium/Botanical Garden is awesome! It is a fairly small aquarium but it has many of the large sea creatures that you would find at bigger aquariums. It is also connected to a really fantastic botanical garden that my kids really enjoyed. You can get into both features for one very fair price. A must see!

Lots of fun statues at the botanical garden!

The kids enjoyed the big critters in the garden!

3. Tingley Beach was pretty fun. However, I’m not sure why they call it a beach. It is really just a man made pond and there is no sand. I actually would have called it the Land of Misfit Ducks. We brought bags of old bread to feed all of the ducks and geese there and we saw some of the craziest birds! You can also rent paddle boats here but we opted not to do this because it was 109 degrees and I forgot the sunscreen and water for the kids! 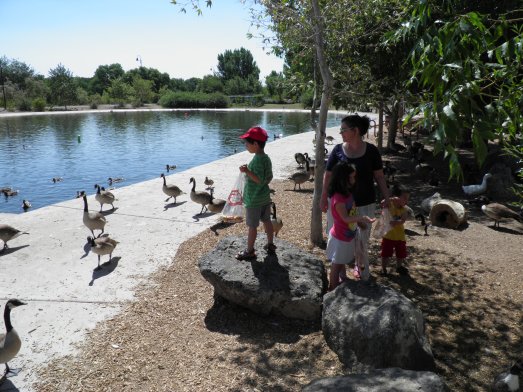 Here I am with the kids at Tingley Beach

This duck appeared to be born without any wings

This duck looked just like Elvis! Look at that hairdo!

4. The Sandia Peak Tramway is highly recommended. It is the 2nd largest tram in the world and goes 2 1/2 miles up to the top of the Sandia Mountains or 10,000 feet. The view and experience is absolutely spectacular! 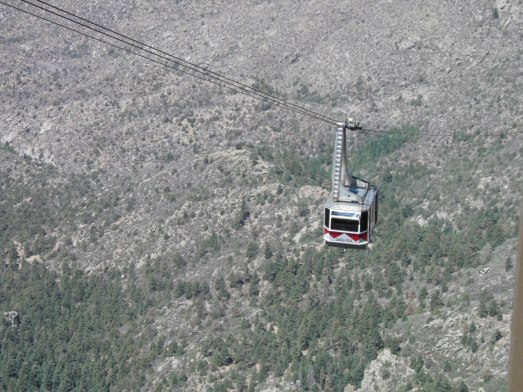 5. Tinkertown Museum is one of my favorites! It took Ross Ward 40 years to create this place of art and eccentric collections. Around every corner is something that delights the eye and provokes a jaw drop or a giggle. He began his life carving wood figures for circuses I found out from his wife while I was there. Ross passed away in 2002 but his wife still keeps the museum running. I talked to her after our visit and told her the place reminded me of a place I went to as a child in Wisconsin called the House on the Rock. Her eyes lit up and she said, “That was one of Ross’s inspirations when he created this place!” I don’t think she told me where Ross grew up but she told me she lived only a short way from where I live in Wisconsin! What a small world it is!

The kids and I at Tinkertown Museum

The walls are all made out of bottle and there are so many cool things around every corner! 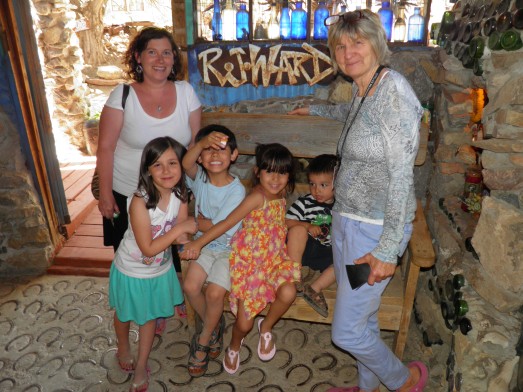 The kids and I with the creator’s wife 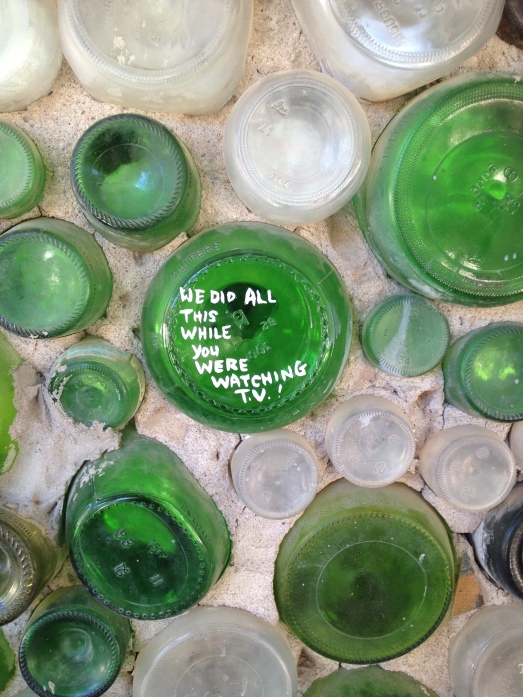 My favorite bottle on the wall!

If this didn’t make you want to visit Albuquerque, New Mexico; maybe this will: They have some of the cheapest gas prices in the nation!