I have a passion for picking up things off the side of the road that people have put out for the garbage. Maybe it’s not so much a passion but more of a sense of duty to rescue poor, unwanted furniture or objects that just need a little TLC.

This hobby started when I was a teenager, 20 years ago. My mom used to be my partner in crime but once I moved out on my own and had children this seriously cut into our scavenging outings.

When I met my husband, I didn’t tell him immediately about my love for finding outcast furniture on the side of the street. I waited until the fifth or sixth date to reveal this little tidbit about myself. By then he was enamored enough that he found this pastime endearing.

During our newlywed phase he was sweet enough to slow down so I could get a good glimpse at the piles of rubbish. If I deemed something worthy of my cause he would gladly find a way to load it into the car.

Present time…my husband no longer slows down. In fact, he speeds up when we start approaching anything that is set out to the curb.

So now I am a solo flyer on my hunting expeditions.

Most of my finds have good stories behind them. My mom and I often rehash the tales about the hilarious things that have happened to us while getting our “treasures.”

My most recent find was a Springy Horse.

I had one of these Springy Horses when I was a kid and I’m pretty sure I have the scars to prove it. I was constantly falling off that thing and getting hurt. I don’t know what happened to that horse but there’s a great likelihood that my mom set it out to the street for the garbage man after one too many injuries occurred with it.

My kids have been asking for one of these for years. I have politely declined their request after reminiscing about my own experience with the evil Springy Horse. Also, the fact that they cost $150 was a slight factor in my refusal as well.

This past June was my 5 year old son, Bency’s birthday. I had to run to the store quick to get something and wouldn’t you know…..there was a Springy Horse on the side of the road!!

I quickly stopped, got out of my van and approached the horse. I checked the springs on it and they were all stable and it looked in pretty good shape. Without a second thought, I scooped it up and jammed it into the van.

When I got back to the house, the kids came running out and I told them I had a surprise for them. I opened the van and the kids SCREAMED like they had just won the lottery. They were jumping up and down, hugging and high-fiving. They finally had the horse they always dreamed of! With it being Bency’s birthday, it made it even more special!

I unloaded it from the van and the kids began to examine it.

The first question came from Bency, “Mom, where is the horse’s hoof?”

Holy Cow!!! I did not notice that…one of the back hoofs was completely missing.

The second question came from my daughter, “Mom, why is there a big hole in the mane?”

How did I miss this HUGE hole on the back of its mane???

The third question came from my husband, “Melissa, where are the handles for the horse? How are the kids supposed to ride this thing??”

Hmmm… I clearly missed that important requirement for the Springy Horse.

Bency then asked, “Mom, when you got this at the store, did you happen to notice any of these things falling off as you pulled it off the shelf?”

Stifling my laughter and disbelief I simply replied, “No Bency, I didn’t notice any of these things falling off. Sorry about that. I don’t think the store I got this at takes returns either.”

I told them they could just sit on it and pretend it was a Springy Horse. They were happy with this and I was glad…those Springy Horses are really dangerous anyway! 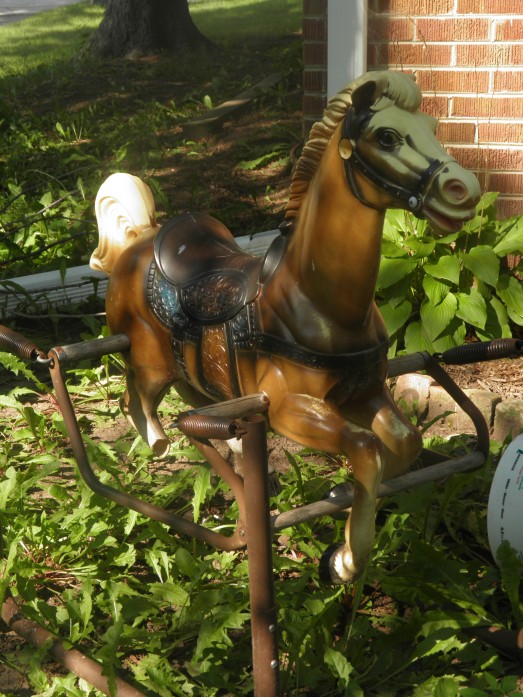 The Springy Horse that should have stayed on the curb where I found it!!!

A powerful message lay before me the other morning when I saw my 7 year old daughter, Iris, sleeping in her bed with this right next to her: 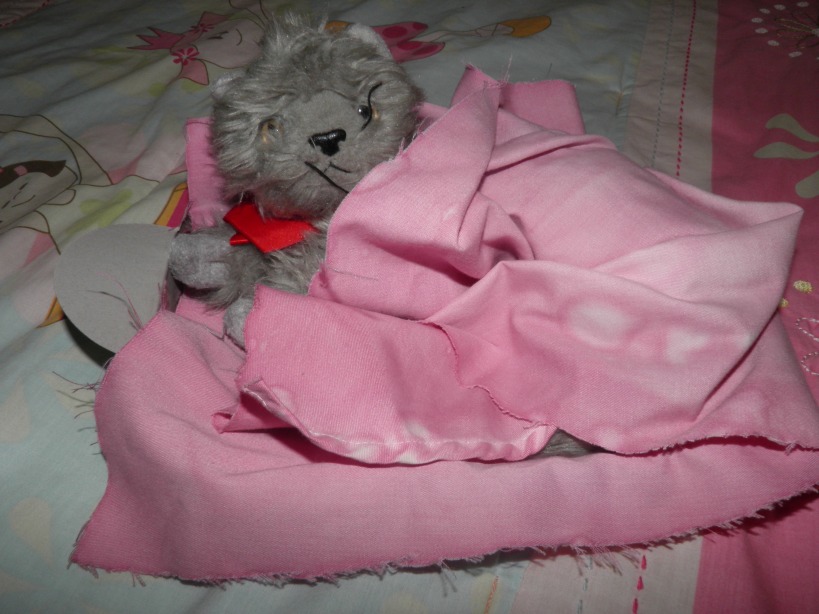 Kitty in her bed

It may look like a stuffed kitten wrapped in a blanket in a little bed but it said much more to me than that.

The kitten she’s had for some time but the blanket and bed are new.

The blanket was made by Iris about a month ago. My mom and I were canning beets at my mom’s house. Grandma let the kids dye cloth in the beet juice as a fun activity and learning experience. 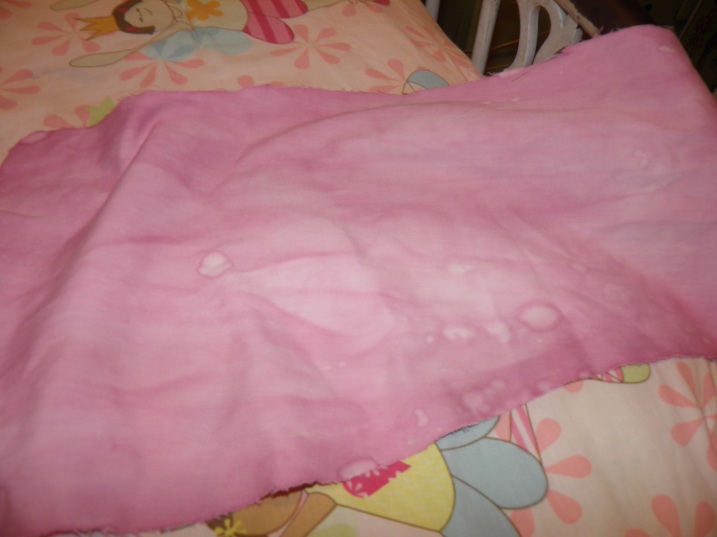 The bed is a box that contained 60 new pencils I purchased recently for school supplies. I was going to throw the box away when Iris asked if she could keep it. I scrunched up my eyes and shrugged my shoulders and said, “Sure.” I had no idea why she would want this. 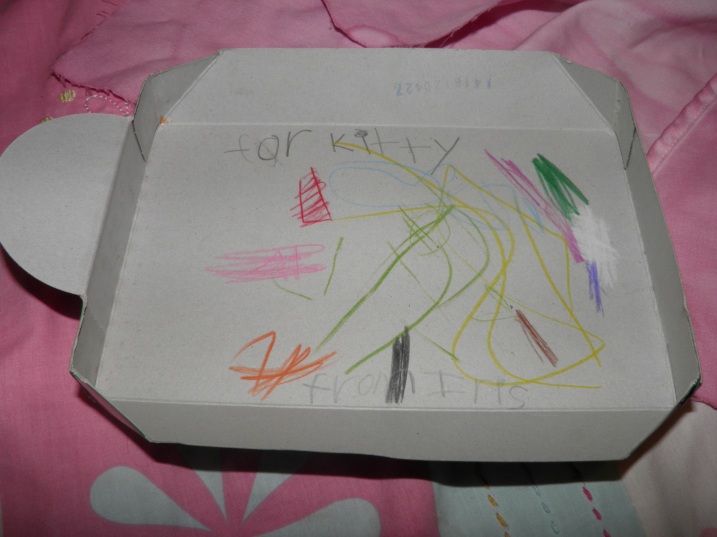 Iris has plenty of doll blankets. Iris has doll beds for her Barbie dolls that are being occupied but none the less I’m sure they would have shared.

Iris made these two things by herself.

That makes these so much more special than anything I could have bought for her.

A cardboard box and scrap of fabric will do just fine.